Now that the Christmas carnage is over, I can finally share another of those “Man, it’s a small world!” moments that happened to us while in Burma. 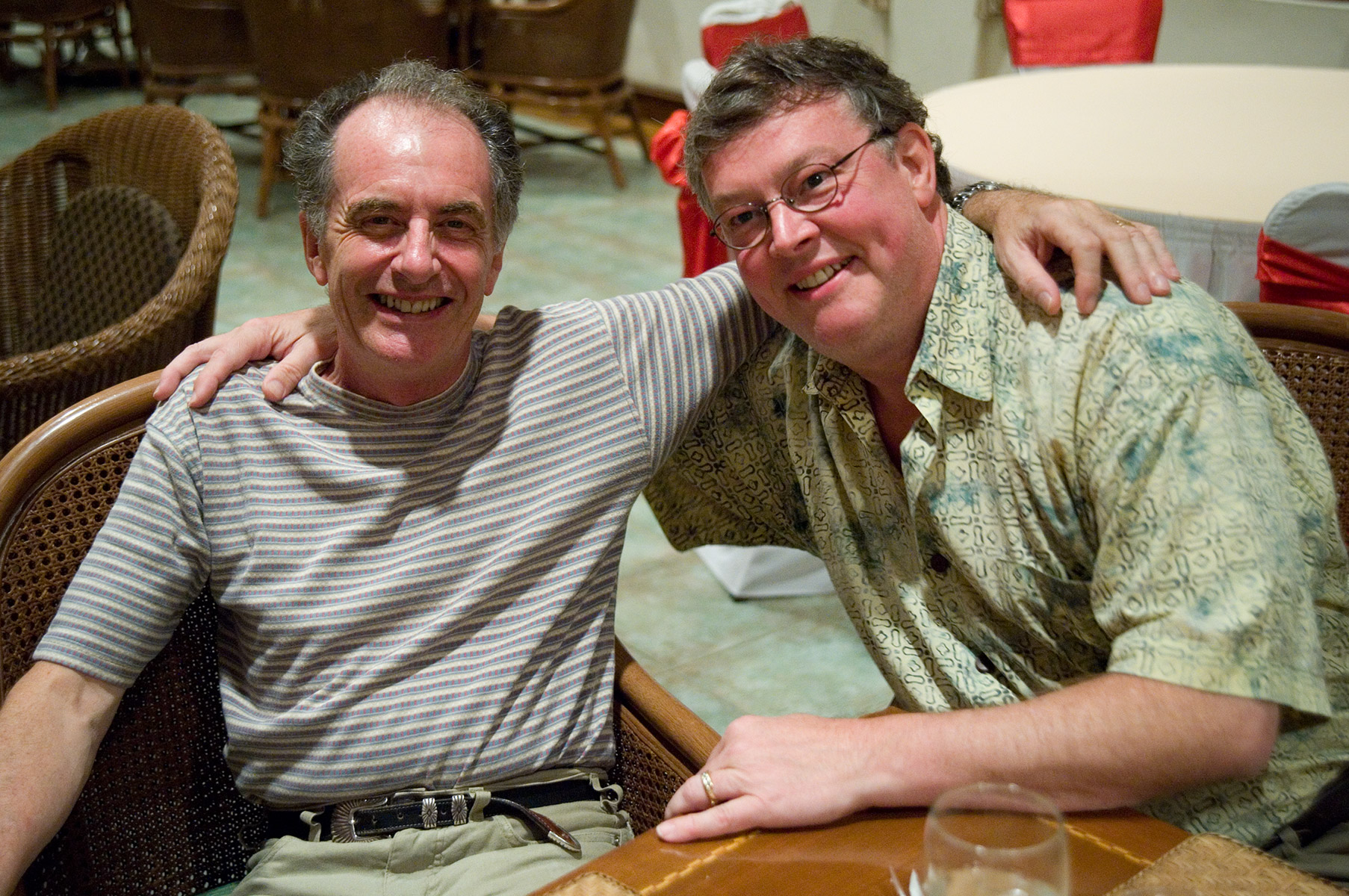 On the eighth day of our trip, we told our guide that we were too tired to go out that night. We said we’d just stay in and maybe catch a bite to eat at the restaurant in the Mandalay Sedona Hotel, which is exactly what we did. While sipping my first martini, I saw the back of a man’s head, and thought to myself, “Man, that looks like the back of Michael Freeman’s head – but what are the odds of that!?” Well, a few minutes later, I walked over to see if my hunch was right, and to my total amazement, it was! Un-friggin’-believable!! So, here we were on our first ever visit to Burma, and we’re chatting and laughing at the dinner table with a friend! (Who happens to be a world-class photographer and author.) As it turns out, Michael was in Burma with the film crew and director of Baraka. They are working on a sequel, named Samsara, due out next year. The crew had actually been shooting earlier that day at the monastery we were visiting. The director was quite upset because some clueless tourist with a flash had ruined half a day’s shooting. (No, it wasn’t me!)